Weekend Movie Fun: Out and About in Los Angeles

We spent a wonderful day yesterday "out and about" in the Greater Los Angeles area, ahead of opening night of the 21st Annual Noir City Film Festival.

We began our day with a brief walk through Forest Lawn Hollywood Hills.

From there we met our oldest daughter for lunch at the Dog Haus in Burbank, across the street from Warner Bros. We get the chance to eat there about once a year and I always enjoy it. I recommend the corn dogs in a root beer batter dip! 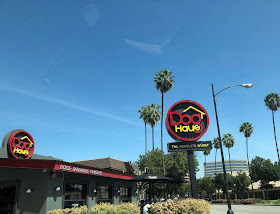 After lunch we went to the Museum of Neon Art in Glendale. 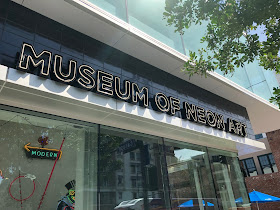 I've been curious about the museum for some time and was glad to finally have the chance to check it out. 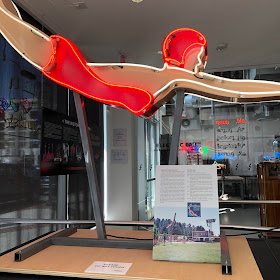 The sign below explains the history of the Jantzen Diving Girl, recreated above: 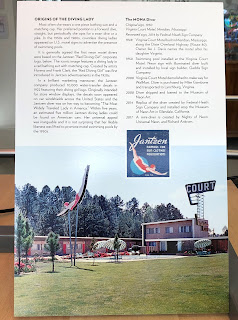 A brief history of neon. Click this or any photo to enlarge for a closer look. 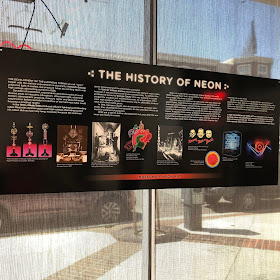 My favorite thing in the museum was the sign from Grauman's Chinese Theatre! 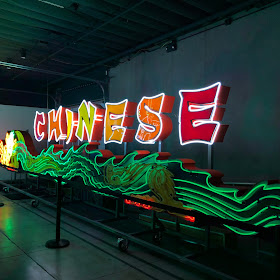 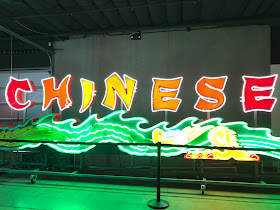 The history of the Chinese sign is explained here: 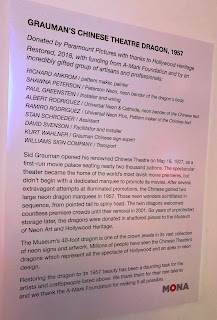 More shots taken in the museum: 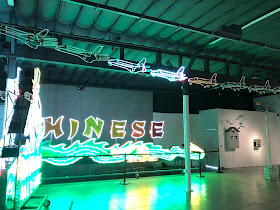 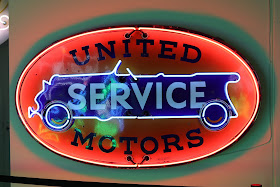 I knew the museum was small but admit I was surprised at just how small; it was basically one room and a gift shop. I've seen photographs of other signs in the museum online, such as the Brown Derby sign, but they were not on display yesterday. I assume the museum must rotate its collection. 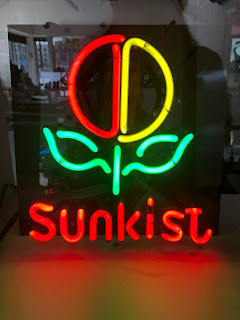 The gift shop, seen below beyond the Jantzen Diving Girl, was quite enjoyable. I purchased a mug as well as the book VINTAGE SIGNS OF AMERICA, which has been on my wish list for a while now. 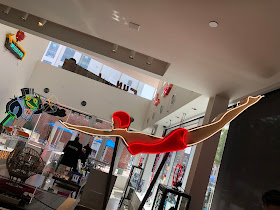 After the museum we drove up to Griffith Observatory, but the parking lot was so crowded, perhaps due to spring break, that we drove right back down the hill! From there we went to Milk Jar Cookies on Wilshire Boulevard, which we first visited in 2016. 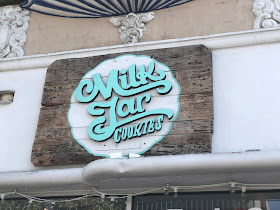 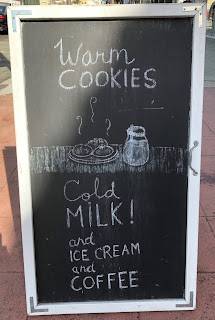 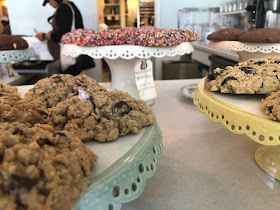 Then it was time to head to Hollywood! I never get tired of this view down Las Palmas Avenue from Hollywood Boulevard, which film noir fans will recognize is straight out of the classic GUN CRAZY (1950): 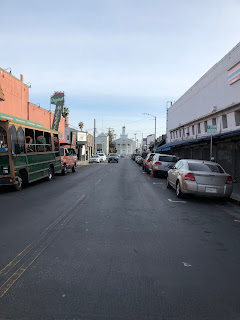 We stopped by Larry Edmunds Cinema Bookshop, where I purchased HALLIWELL'S HUNDRED. 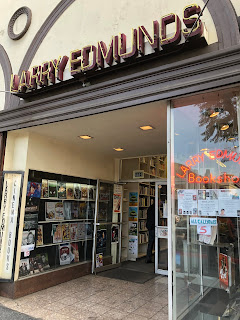 Leslie Halliwell's FILMGOER'S COMPANION and TELEGUIDE were important references when I was a young film fan. (Somewhere I have a letter from him thanking me for corrections I submitted for the COMPANION.) I'd never heard of HALLIWELL'S HUNDRED, containing essays on his favorite films, so that was a great find. 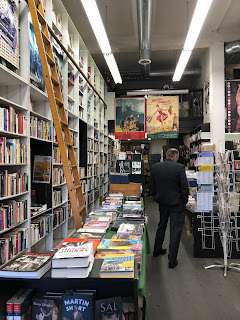 I photographed the signs for a couple classic Hollywood restaurants, including Miceli's on Las Palmas Avenue, where we plan to eat this evening... 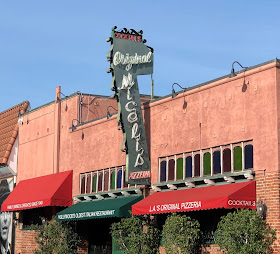 ...and Musso & Frank on Hollywood Boulevard, which celebrates a century in business this year: 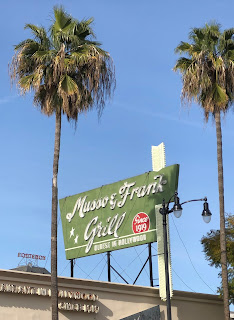 Our dinner destination last night was the Pig 'n Whistle on Hollywood Boulevard, established in 1927. 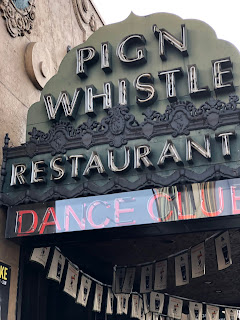 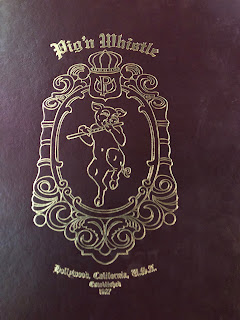