Last month's Oogie Boogie Bash party at Disney California Adventure was my first time to visit the park, other than for limited December 2020 Christmas shopping, since March 5, 2020.

Disney California Adventure's newest land, Avengers Campus, opened to the public in June 2021, so the party was our first chance to see it. 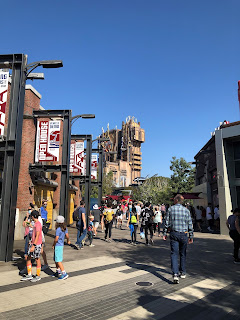 The entire area is nicely themed, with the Avengers theme playing as you walk through the campus. 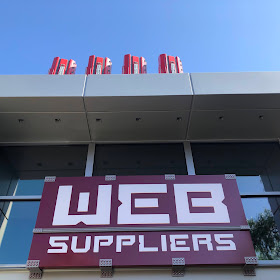 The most impressive thing about Avengers Campus is the constant presence of the Avengers. Here's Spider-Man... 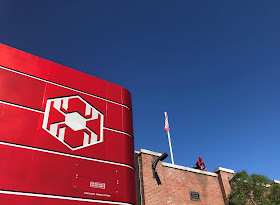 ...who can also be seen going down a wall at the left of this photo. Click on any photo to enlarge for a closer look. 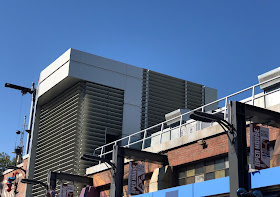 Here's the Black Widow in action, with a Quinjet visible above her. I wonder how many stunt people they've hired for this land? They make it a lot of fun. 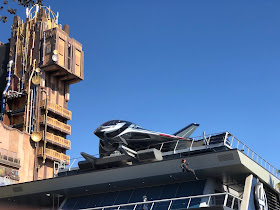 The "Classic" version of Loki is seen below. 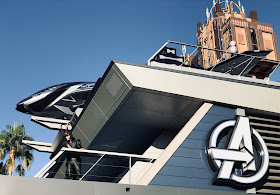 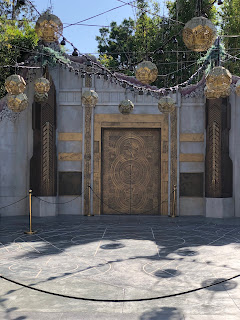 Doctor Strange and Thor appeared in a show with some very nice special effects. 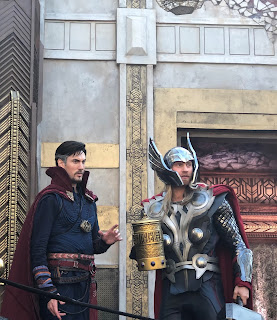 Later in the evening, Agatha Harkness of WANDAVISION appeared in the same location alongside one of the party's many "treat trails." 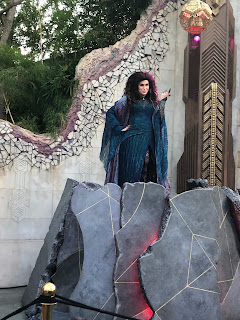 We also got to ride the brand-new Web Slingers ride. I had no idea what to expect; the closest rides to it are Buzz Lightyear's Astro Blasters and Toy Story Midway Mania, except instead of a gun riders use their arms. 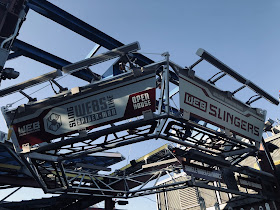 I loved these signs seen along the path to Cars Land! 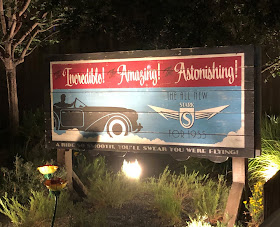 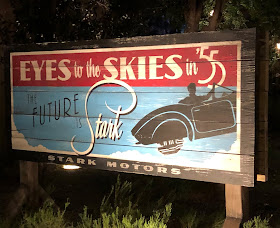 Elsewhere in the park, we loved this photo op featuring Miss Minutes from the LOKI TV series. She's a wonderfully original character. 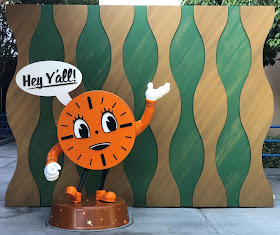