Our initial return to the Disneyland Resort was attending the Oogie Boogie Bash Halloween party at Disney California Adventure, which included our first visit to Avengers Campus. 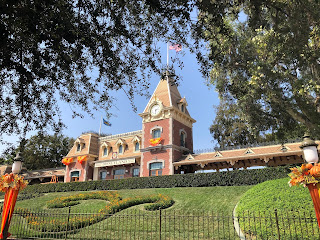 A few days later we visited Disneyland for the first time since February 2020. Returning to the park where I once worked (and met my husband!), and where I've been an annual passholder for three decades, was quite an emotional experience. 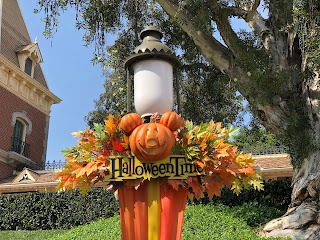 I've been dreaming of listening to the Dapper Dans sing in Town Square while the Disneyland Railroad train bell clanged in the background, and I could scarcely believe when it was really happening! 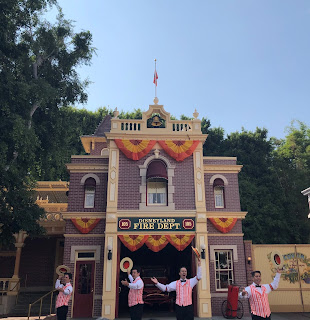 It was an absolutely beautiful fall day: 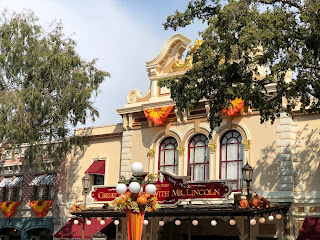 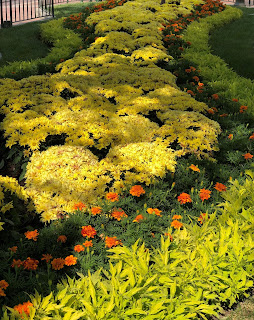 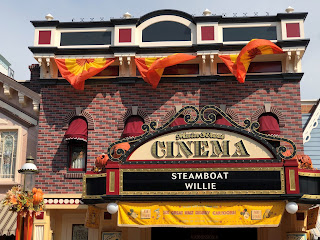 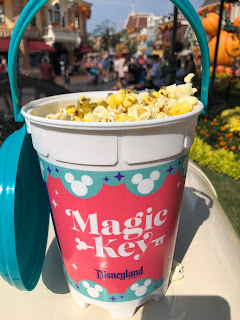 ...and had a good pot roast dinner at Docking Bay 7 in Galaxy's Edge.
It was hard to believe I hadn't been in Galaxy's Edge in over 19 months. Here's a look at the top of the Millennium Falcon from the Smuggler's Run queue, with Black Spire Outpost in the background: 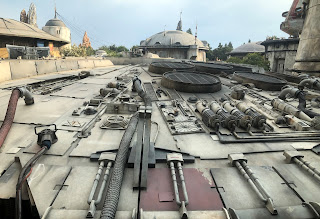 One of the first things we did was check out the renovations to the classic Snow White Ride, which is now called Snow White's Enchanted Wish. 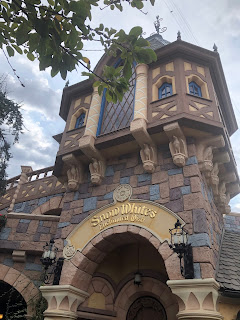 It was quite lovely, now a less scary experience which has also added a couple of happy scenes. 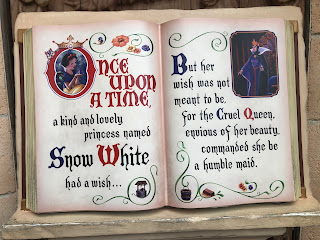 The Mark Twain was a longed-for sight: 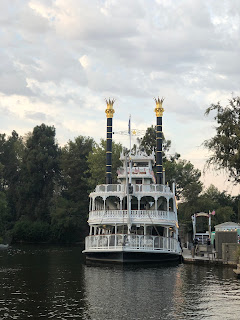 The Golden Horseshoe at the "golden hour": 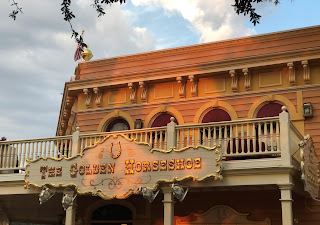 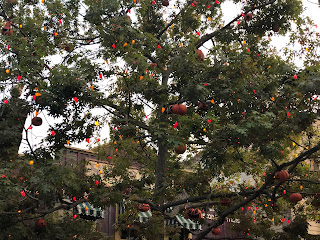 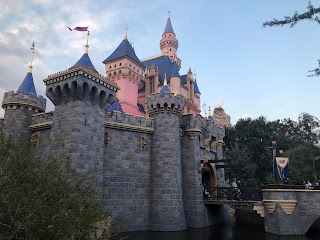 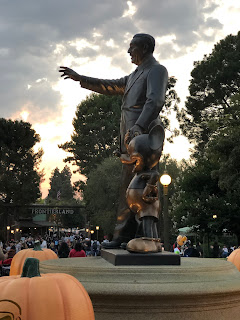 A few more looks at Main Street U.S.A. as the sun was setting: 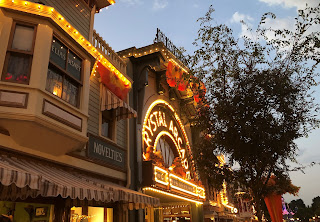 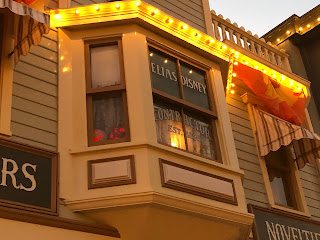 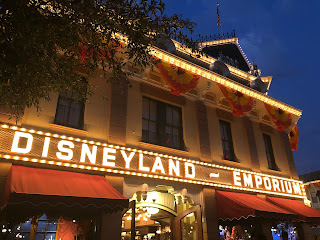 The light on in Walt's apartment above the firehouse: 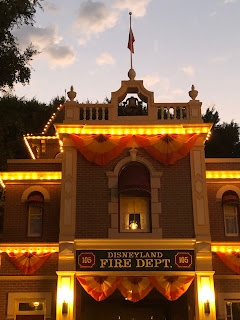 I hope we never have reason again to go so long between Disneyland visits.  It was so good to be "home"!
We were at the park again last weekend for our daughter's birthday, and I hope to share a few photos from that visit as time permits in the future.
Tweet
Laura at 10:00 AM
Share