A Visit to Palm Springs

It's hard to believe it's already been over a week since the start of the Arthur Lyons Film Noir Festival in Palm Springs!
On our way to Palm Springs we took a brief detour to the Coachella Valley Public Cemetery. We paid our respects to the great director Frank Capra who is buried there along with his wife Lucille. 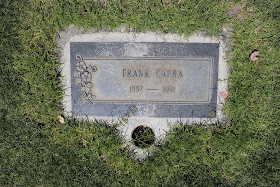 On past trips to Palm Springs we have driven past homes formerly owned by Frank Sinatra and Loretta Young. Last weekend we made a couple more interesting drive-bys, starting with the longtime home of William Powell and his wife, Diana "Mousie" Lewis. 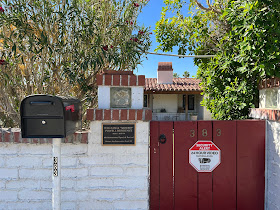 There's a Historic Site Preservation sign next to the front gate. The Powells are buried nearby at Desert Memorial Park. 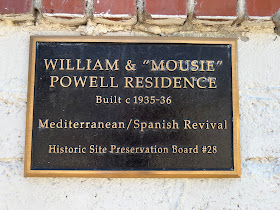 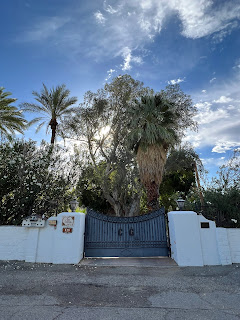 Like the Powell residence, Grant's former home, Las Palomas, has an historic marker next to the gate. I appreciate that Palm Springs works to preserve its film and architectural history in this manner. 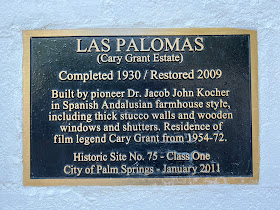 Although Grant sold the home half a century ago, his initials still adorn the front gate. They do lend a certain cache! 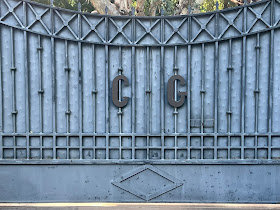 Our favorite meal of the weekend was at Felipe's, where we first ate during the October 2021 festival. 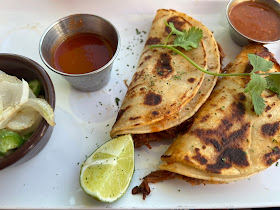 We also enjoyed a stop at our favorite breakfast spot, Elmer's. It's the only California location of a chain we first discovered in Oregon. 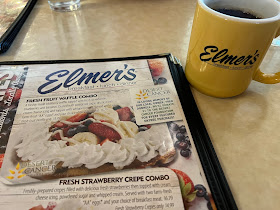 We later learned that the Elmer's we love in Springfield, Oregon, sadly permanently closed the same weekend, but happily there is still another one we like located in Eugene. 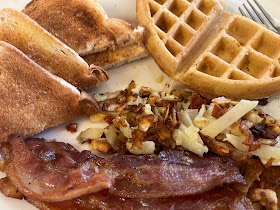 Another excellent Palm Springs breakfast stop we discovered in 2021 is Manhattan in the Desert. 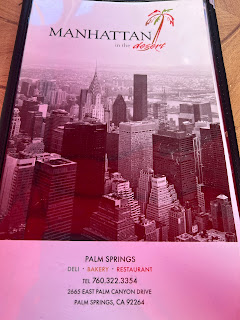 They have a wonderful cinnamon swirl pancake! I don't even put syrup on it -- the powdered sugar is plenty.  (The pink tint to the photos is because we were eating outdoors under an umbrella!) 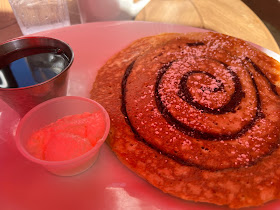 All of these restaurants are recommended for visitors to Palm Springs.
Coming soon: A review of AMONG THE LIVING (1941), seen at the festival, and photos from our stop at the Palm Springs Air Museum.
Tweet
Laura at 11:50 AM
Share